Insights for igniting your brand through visual design 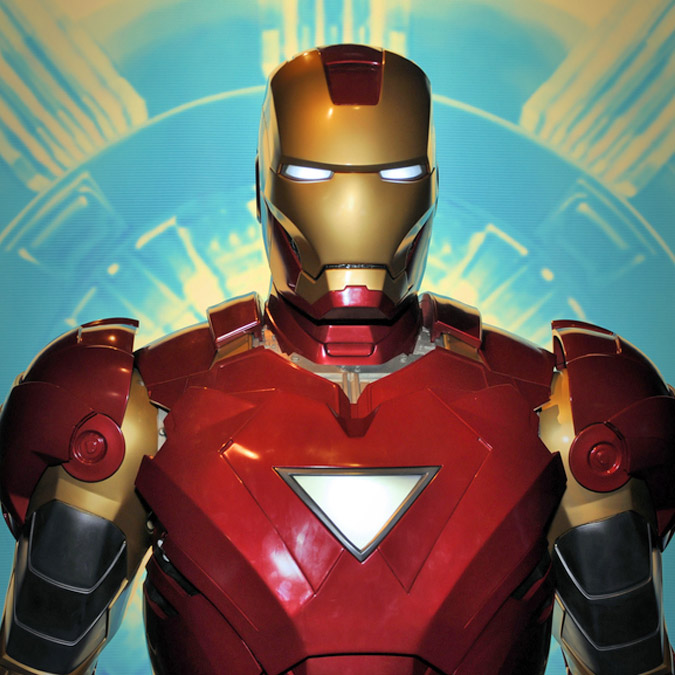 Four Things Iron Man Can Teach Us About Design

With the last debut of Iron Man 3, it’s hard to believe that the first movie in the blockbuster series came out over five summers ago. Without nearly the comic-book following of Superman, Batman, or Spiderman, it has spiraled into one of the most powerful franchises of all times. (Consider the leverage that Robert Downey, Jr., now has over an entire movie company.)

Behind the glitz of billionaire playboy Tony Stark and his high-flying alter ego, there are some design lessons to be learned:

High-tech isn’t everything. In the original movie, Stark needs to find a way out of a cave in Afghanistan equipped with nothing more than his wits and the crude materials at hand.

The design takeaway: It’s easy to fool yourself into thinking the newest version of software or the hippest social media tool is going to take a project to the next level. But ask yourself: If you stripped away all the high tech…what’s the true idea that’s powering your concept physically and emotionally to capture your audience’s attention and move them to action?

You can’t do it all yourself. Stark comes off as a renegade and lone wolf, but the fact is that his fellow captive in the cave saves his heart from shrapnel by building an electromagnet as well as partnering on the suit. And heaven knows, Stark would be lost without his assistant Pepper Potts and buddy Col. Rhodes.

The design takeaway: By its nature, design is a very personal enterprise — the act of taking an idea and bringing it to reality often comes down to a single person’s insights and abilities. Whether you’re doing the design internally or outsourcing it, the related activities — starting with the research and brainstorming, all the way through launch — are a team effort.

You need to experiment. The most relatable aspects of Stark’s Iron Man creation come when he fails: breaking things, injuring himself, destroying $250,000 cars. No one ever said being a superhero was safe or easy!

The design takeaway: The first attempt at a given project is rarely the best. There are going to be frustrations, setbacks, and even disasters. Tweaks will need to be made. But the key is to have the end goal in mind. What does the best outcome look like, and how do you get there?

The best design has a powerful heart. The Iron Man suits represent some of the most spectacular and creative design and computer generated imagery ever brought to the silver screen. Yet, from the outset — no matter what the suits look like — the arc reactor power source is what moves the story arc forward.

The design takeaway: We live in a world in which we’re always looking for the next best thing. But the reality is, exceptional design has a certain “it” quality. When you find something that works, it’s often best to find how it can be incorporated going forward — rather than always trying to come up with something completely new.

This is a lighthearted post, of course, but that’s also in keeping with one of the reasons that the Iron Man franchise has been so successful: Stark’s personality — alternating between blustering confidence and self-effacing admission of flaws — makes us appreciate the human inside the suit. Yes, there’s a reason we chose “Engaging Humans. Transforming Brands.” as our tagline!

What are some of the “superhero powers” that you wish your designers had?

“Beyond Killer Content: 10 Ways to Leverage Design for Your B2B Inbound Marketing and Lead Nurturing Campaigns”

This free guide will help you discover how a powerful design strategy, image enhancements, and selective visual media can unleash the effectiveness of your message.

The Moving Target of Color Perception

Benefits of Creating a Microsite: 10 Ways to Increase Interaction

How Do I Measure the ROI of a Website Redesign?

How To Get Started with a Microsite

7 Ways To Get More Out of Your Outsourced Design Team

How to Increase Stakeholder Buy-in

What Is a Microsite, Anyway?

What Type of Website Does Your B2B Firm Need?

Lead Generation Made Easy With Microsites